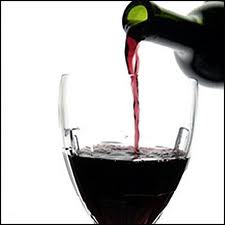 "How can I raise my HDL?" I have often been asked this question during my years of practice.  Lifestyle strategies include smoking cessation, exercise, and alcohol in moderation. However, evidence is mounting that perhaps this is not the salient question.
Three recent studies suggest that raising HDL levels may not be helpful in terms of reducing one’s risk of cardiovascular disease.
1)    The AIM-HIGH study compared niacin, which raises HDL, lowers LDL and lowers triglycerides, to placebo in patients at high risk for cardiovascular disease events (death, myocardial infarction and stroke).  The study was stopped because an interim analysis showed that patients taking niacin experienced no benefit from the drug with regard to preventing cardiovascular events.
2)    Dal-OUTCOMES was a study in which dalcetrapib, a new drug which causes circulating HDL levels to increase by a mechanism different from niacin (CETP inhibition),  was compared to placebo in patients at high risk for cardiovascular events . This study was also stopped early after an interim analysis showed that patients taking the dalcetrapib did not have fewer events than those given placebo.  Some years ago, another CETP inhibitor, torceptrapib, was found to actually increase cardiovascular events (though this was blamed on torcetrapib’s  side effects of increasing aldosterone levels and slightly raising blood pressure; dalcetrapib has no such side effects to blame).
3)    A recent study looked at people with genetic variations in cholesterol levels—one group with low LDL levels, and another with high HDL levels. People with genetically low LDL levels had fewer cardiovascular events than those with genetically higher LDL levels, reinforcing the concept that lowering LDL prevents cardiovascular disease. However, patients with genes that resulted in high HDL levels had similar rates of cardiovascular events to those who have genes resulting in lower HDL levels.

In a separate study conducted by senior author Frank Sachs it was found that not all HDL is created equally. This study, published in April 2012 in the Journal of the American Heart Association, found that HDL molecules that contained apoprotein C-III actually were associated with increased risk of heart disease, compared with HDL that did not contain this “pro-inflammatory" protein. 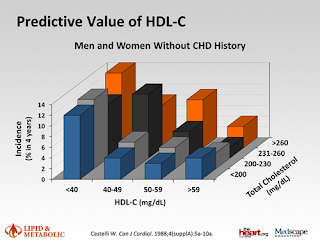 Practically, what does this mean? Those with low HDL should continue to pay attention to this as a marker that is known to be associated with higher cardiovascular risk.  However for now it remains uncertain whether HDL is actually causally related to higher cardiovascular risk.
In the words of Sekar Kathiresan (as reported in the New York Times) , Director of preventive cardiology at Massachusetts General Hospital, a geneticist at the Broad Institute of M.I.T, and investigator in the recent genetic study:
“The number of factors that track with low HDL is a mile long:  obesity, being sedentary, smoking, insulin resistance, having small LDL particles, having increased cholesterol in remnant particles, and having increased amounts of coagulation factors in the blood.  Our hypothesis is that much of the association may be due to these other factors.”

For now a person with low HDL has less reason to focus on using available HDL-raising treatments and drugs, and more reason to do everything else to reduce his/her risk of heart disease—including getting LDL cholesterol down to recommended levels, or even lower.