Should a Doctor Prescribe Drugs that are Unapproved by the FDA ? 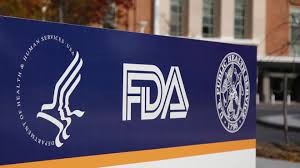 Here’s an interesting clinical dilemma brought to my attention by another physician.

She was asked to refill a prescription for a drug called domperidone to help a patient with lactation. Domperidone is not FDA approved in the United States for any indication. However, in Europe and in Canada it is approved as a promotility agent for patients with a condition called gastroparesis, which causes the stomach to empty very slowly and results in chronic nausea and vomiting. As a side effect the drug is also known to increase the production of prolactin, a hormone that stimulates milk production. In the case of this physician's patient, she had adopted a child and found that the medication had effectively enabled her to produce milk and nurse, with seemingly no untoward effects. It’s unclear who had initially prescribed the drug, but various online lactation support forums discuss it as an option  for women who have trouble with lactation.
The questions: Is it legal, ethical or good medical practice for a physician in the United States to write a prescription for domperidone for a patient who has been using it for lactation with good results? How about for gastroparesis? Where does one get the drug? Is it even legal to sell the drug in the United States?
I’ve cared for at least two patients who have used domperidone. In both instances it was ordered by prescription from an overseas source by a local gastroenterologist. In these two cases my patients had tried just about everything on the market in the United States for gastroparesis and were still struggling with debilitating symptoms. In one case, my patient had required hospitalizations and ultimately a feeding tube because of intractable vomiting. The drug was ineffective in both patients and it was eventually discontinued.
As I read more about this medication I discovered that the FDA cautions:

"FDA warned healthcare professionals and breastfeeding women not to use an unapproved drug, domperidone, to increase milk production (lactation). The agency is concerned with the potential public health risks associated with domperidone. FDA took these actions because it has become aware that some women are purchasing this drug from compounding pharmacies and from foreign sources. Although domperidone is approved in several countries outside the U.S. to treat certain gastric disorders, it is not approved in any country, including the U.S., for enhancing breast milk production in lactating women and is also not approved in the U.S. for any indication.”

The concern over domperidone is its potential to induce potentially fatal cardiac arrhythmias through QT prolongation (an alteration of electrical activity in the heart). This risk has been recognized in Europe and is currently under study. Nonetheless, at least one expert panel in Canada has endorsed the safety of the drug for use in lactation (though not currently approved for this use in Canada).
As my colleague and I discussed the situation with her patient we both concluded that it would not be prudent to refill this prescription for the purpose of lactation. In fact, it would likely be construed as medical malpractice, in light of the drug’s status with the FDA, should the patient or her baby suffer any toxicity. However, clearly there are gastroenterologists who feel that prescribing this medication in United States for cases of severe gastroparesis is justifiable—and I would concur that in certain situations this might be a compassionate and reasonable option despite the regulatory concerns.
To further extend this discussion—physicians do frequently prescribe drugs that are on the market and FDA approved for off-label use. For example, just yesterday I prescribed gabapentin for hot flashes. One interesting study published in Archives of Internal Medicine in 2006 by Radley, Finkelstein, and Stafford found that 21% of sampled medications were being prescribed for off-label use.
The authors concluded:

"The Food and Drug Administration (FDA) focuses on market entry for prescription drugs rather than regulating physicians' prescribing practices, allowing off-label use of medications for indications beyond those formally evaluated by the manufacturer. Off-label prescribing of medications is legal,1 often thought to be supported by scientific evidence,2 and common in certain clinical settings.3- 4 Although this practice provides a pathway to innovation in clinical practice, it raises key concerns about risks to patients and costs to the health care system.5- 7"

Whereas prescribing approved medications for off-label use falls into the realm of acceptable clinical practice, one has to be very circumspect about prescribing drugs that are not deemed adequately safe or effective to market in the United States for any indication. Unfortunately for those who feel that the FDA is too slow, political, or conservative in its approval process, these are the regulatory constraints under which physicians must practice in the United States.