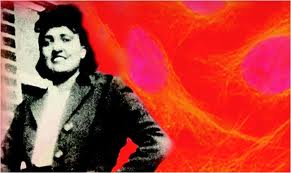 Recently I read the book The Immortal Life of Henrietta Lacks by Rebecca Skloot.  This book is a must read for anyone involved in medical research.  The book tells the story of a woman, Henrietta Lacks, and her family.  Ms. Lacks was treated for cervical cancer at John’s Hopkins in 1951. Her malignant cervical cells were harvested and disseminated to become the first "immortal" cell line widely used for scientific research, including their use in the development of the polio vaccine.  The story details what occurred in the aftermath of Ms. Lacks’ death to her family, a poor African-American family living in Maryland. A family, which in today’s lingo, had very poor “health literacy.” The account brings up key ethical issues of biomedical research, which were evolving during that era.
At the time of Henrietta Lacks the concept of informed consent was still in its infancy.  Institutions, such as John’s Hopkins, where Ms. Lacks received her care, did not have Institutional Review Boards (IRBs) to govern and approve their research protocols. The story of the HeLa cells began after the Nuremberg trials of World War II, which involved  experimentation on concentration camp prisoners of the Holocaust and the eventual Nuremberg Code and World Medical Association’s Declaration of Helsinki in 1964, which described a code of ethics for research involving human subjects.  The events of the Lacks family took place in the same era as the ”Tuskegee Experiment” (1932 -1974), conducted by the U.S. Public Health Service. Tuskegee gained notoriety by studying the natural history of untreated syphilis in poor African-American sharecroppers in Tuskegee, Alabama.  Its participants were led to believe that they were receiving syphilis treatment from the Public Health Service, when in fact the treatment (penicillin) was being withheld for the sake of research.  Nuremberg and Tuskegee shaped the precedent for federal regulation of biomedical research involving human subjects with the creation of the Belmont Report in 1979, which describes the core ethical principles that must be met in conducting  biomedical research on human subject. At this time federal regulation was enacted calling for the implementation of IRBs to oversee human subject research in all institutions involved in conducting research.  Those of us who have participated in research at academic institutions should be well aware of this history, which we all review in our IRB certification process.
What is interesting to me about the Henrietta Lacks story is comparing the evolution of biomedical research ethics in that era (1940s-70s) with the ethical dilemmas that face us today.   At the time of HeLa cell dissemination informed consent was at the forefront of discussion, whereas in our current era we have struggled with two core elements of ethics in biomedical research: privacy and managing conflicts of interest.  In 1996 the HIPAA privacy rule was enacted establishing nationwide security standards and safeguards for the use of electronic health care information as well as the creation of privacy standards for protected health information.  HIPAA went through various iterations prior to its evolution into its current version issued in 2002.  Similar to the response that occurred in reaction to federal policy outlining requirements for informed consent, researchers of today have oft complained that HIPAA has been an impediment to scientific progress and research.  The latest HIPAA debate has revolved around federal requirements that medical providers and insurers notify patients in the event of discovering a privacy breech. Multiple examples of such privacy breaches have been described in the media ranging from stolen laptops to identity theft. Interestingly, in 2010 a health plan, Cignet Health, in Maryland was sued over non-compliance with HIPAA and fined a monetary penalty of 4.3 million dollars. However, the suit was not over a breach of confidentiality; rather, it was over Cignet’s refusal to allow 41 of their patients access to their own medical records.
In addition to sorting out privacy at is relates to biomedical research, medical care, and electronic communications, the other core ethical issue defining our era is conflict of interest.   In 2008 Senator Charles Grassley, Republican of Iowa, brought to light conflicts of interest that were prevalent in the world of psychiatry.  At the time, according to Grassley’s investigation, 30 percent of funding for the American Psychiatric Association, the premier professional organization in the field of psychiatry, came from the pharmaceutical industry.  What followed suit was an unveiling of pharmaceutical ties that were reported to contaminate the thought leaders of many research institutions in all fields of medicine.  My own institutional affiliate was not immune and in 2008 Charles Nemeroff, renowned researcher in psychiatry and chair of the Department of Psychiatry at Emory University gave up his title and eventually left Emory after being investigating by Grassley.    Academicians can attest to the changes that have occurred in the past several years with respect to disclosures of financial interest in research centers.  Is it a witch-hunt, or is the cleansing of these relationships based in true ethical conflict? After all, isn’t conflict of interest inherent in all of business?
The story of Henrietta Lacks was interesting from a historical perspective.  It took decades to sort through informed consent.  In contrast, the debates over health privacy and conflict of interest are still in their infancy.  The fact that remains similar, however, is that the underprivileged, and medically “illiterate” are far more likely to be the subject of ethical violations than others—even in today’s era.   In the case of the Lacks family, poor communication and lack of confidence on the part of the medical establishment that the family would be able to grasp the content of the discussion, resulted in a lack of informed consent.  Today, who is more likely to be deidentified appropriately in a medical blog, a Hispanic patient at a county hospital, or a wealthy business executive?  No wonder the underprivileged are often suspicious of traditional medicine.
Posted by Juliet Mavromatis, MD at 1:03 PM

Email ThisBlogThis!Share to TwitterShare to FacebookShare to Pinterest
Labels: Ethics