Sifting Through the Mammogram Muck 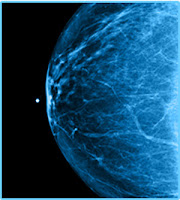 In November of 2009 the United States Preventive Services Task Force (USPSTF) revised its guideline on the use of mammography to screen for breast cancer, recommending against routine screening of women ages 40 to 49, and changing the screening interval for women ages 50 to 74 from annual screening to screening every two years.   This recommendation left doctors and patients alike confused over what to do.  With a backlash of public opinion protesting the new recommendations, organizations such as the American Cancer Society continue to support routine annual screening of women beginning at age forty.


What is a health-conscious woman to do?  Randomized controlled trials (RCTs) have demonstrated reductions in breast cancer mortality in women screened with mammography beginning at 40. Screening is most effective in women ages 50 to 69.  A meta-analysis done in 2009 for the purpose of updating breast cancer screening guidelines found very little benefit to screening women in the youngest age bracket (40-49) with mammography given the lower disease incidence and higher number needed to screen (1904) to prevent one cancer death.
In the United States, the lifetime risk of breast cancer in a woman is approximately 12 percent, or 1 in 8. The risk of a woman developing breast cancer between ages 40 and 49 is 1.45 percent, or 1 in 69, which is why if you are in your forties, you likely know several women who have been diagnosed. The risk between ages 60 and 69 is 3.45%, or 1 in 29. About 5 to 15% of mammograms are abnormal and require further follow up. The sensitivity of mammography for detecting breast cancer is about eighty five percent, with a false negative rate of about fifteen percent. However, because of the low disease prevalence in younger women, the risk of an abnormal mammogram being a true positive is less than ten percent. In fact, for a woman who has annual mammograms each year during her forties, there is an about thirty percent chance of having an abnormal during that decade. Given these statistics and the mixed study results, the USPSTF decided that the potential harm of routine mammography in women ages 40 to 49 outweighed the potential for benefit for most women, with the exception of those at highest risk.


However, recently the outcomes of a very large population based study (the SCRY study) of mammography in women ages 40 to 49 conducted in Sweden were published. In the study, women who had an average of 6 mammograms in 10 years had reduced breast cancer mortality compared with those who were not screened.  The observed “number needed to screen” in order to prevent one breast cancer death was 1252 women.
What comprises high clinical risk of breast cancer? Family history and prior history of breast biopsy are important.  Increased breast tissue density is also known to confer higher breast cancer risk. Clinical risk calculators may be used to quantify risk.


What about alternate screening modalities—ultrasound or MRI?  Ultrasound is useful for differentiating a fluid filled cyst from a solid breast mass—however, it has limited utility for distinguishing between benign and malignant solid nodules and also cannot detect in situ breast cancer (DCIS), which typically presents as characteristic breast calcification on mammography.  Breast MRI is a sensitive screening modality and is recommended for women with genetic breast cancer risk—BRCA1 and BRCA2, or with a calculated lifetime breast cancer risk of over 15 to 20%.  Those with prior DCIS, lobular carcinoma in situ, atypical ductal or lobular hyperplasia, or extremely dense breast tissue may also benefit.
Given the recent recommendations and findings a dogmatic approach to breast cancer screening should no longer be the norm-- the approach should be personalized. Women should be asked about their individual history, clinical risk factors, family history and personal screening preferences during each annual visit.  A clinical breast examination should be performed.  If both history and examination point to low or average risk, I support screening every two years after baseline mammography is performed at age 40.  With additional risk factors, including dense breast tissue, family history, previous biopsy or abnormal clinical exam, I support annual mammography beginning at age 40.  At the other end of the spectrum, at this time I also support continuing to perform screening mammography in healthy and functional women who are over age 75 and whose life expectancy is greater than 10 years.