Part time women in medicine: are they pulling their weight? 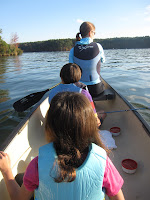 A number of years ago I was seeing a female executive for a physical exam.  As I chatted with the sixty-something female CEO she remarked: “women sell themselves short,” attributing the lack of women in top management positions to their tendency to opt for less ambitious “mommy tract” positions.  While I had certainly heard these words before, that day they hit closer to home.  At the time I was in year nine of employment at the Emory Clinic and feeling professional success in my job, which included a leadership position within my practice. I was the senior woman in my group, the university-based general medicine practice of Emory, and a busy and well-liked internist.  Though at the time I had been recipient of various departmental awards, I was still an assistant professor—a detail that was, in fact, a chip on my shoulder.  However, no woman in my practice had ever been promoted to associate professor.
When my first child was born in 1999 I had opted for “part-time” status, 75 percent of full-time, gradually increasing my work load after my second child turned four to 90 percent of full time.  My husband is an interventional cardiologist and our work-life balance had been tough. Thankfully, I had a wonderful nanny who helped out at home.

Now, working full time in a medical practice that I started, I reflected on those years again after reading a recent editorial in the New York Times on part time women in medicine. The piece, Don't Quit this Day Job, authored by Karen Sibert, an anesthesiologist, argued that federal funding for residency training was wasted on women who increasingly opt for part-time positions. In fact over 50% of female physicians report seeing patients fewer than 40 hours per week (most commonly 30 to 40 hours per week), compared to men, who more commonly report spending 41 to 50 hours per week on patient care. When I posted Dr. Sibert’s editorial on Facebook it was met with a flurry of impassioned negative responses by many of my female physician colleagues, who have opted for the flexibility of part-time primarily in order to accommodate their domestic roles as primary caregivers of young children.


In my experience women working “part-time” in medicine and earning “part-time” incomes often add professional work into their unpaid time—seeing extra patients, taking equivalent call despite a part-time salary, and in the academic setting, taking on unpaid teaching, or educational administrative positions.  In fact, I recognize that it was my part-time status that enabled me to participate in these types of activities and actually helped my reputation in my division, allowing me to pursue professional interests that I would not have had time for otherwise.
In the past several decades women have made significant gains toward equal status in medicine. According to statistics from the Association of American Medical Colleges, in the year that I graduated from high school, 1986, 31% of medical school graduates were women.  In 1994, when I graduated from medical school, 39% of graduates were women, and in 2010 48% of medical school graduates were women.  However, as in other fields, women still lag far behind men in terms of their representation in leadership positions.  In terms of income, significant gaps also remain.  In the past these income disparities have been attributed to differences in work hours and a tendency for female physicians to enter primary care fields.  However, a provocative recent study published in Health Affairs found that an average gap of $16,819 in salary between newly trained female and male physicians could not be explained by controlling for these factors.

Going back to the female CEO, I too have been let down at times by what I have perceived as a relative lack of career ambition in some female physicians.  Thinking about it, however, I’ve been equally let down by male physicians with what I viewed as misguided professional goals. If women can best manage their careers in medicine as part-time then so be it.  Society will benefit, perhaps we will learn something from one another, and women in medicine are already paying the price.